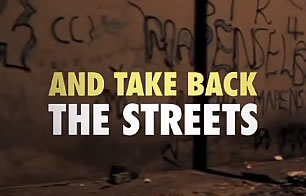 In this brilliant campaign Nike aimed to empower residents of Johannesburg to take their city back from the hands of crime. The campaign combined PR and social media in a way that not only tapped into people’s emotions but also created a custom made experiential movement that tied in with Nike’s identity and something South Africans strongly resonate with. The PR and social media campaign culminated in a night race through Johannesburg’s inner city, and it broke down divisions and united people in a strong cause. This was a brand activation with punch, personality and power.