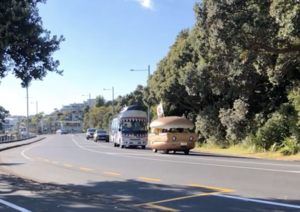 To announce that it now delivers McDonald’s in New Zealand, Uber Eats decided to play a joke – not on a person, but on Auckland Aquarium’s iconic Shark Bus. It built a fully roadworthy Filet-o-Fish car and then, unannounced, started punking the Shark Bus by driving in front of it all day long. The stunt stopped traffic in its tracks, generated over 3.7 million social impressions in just nine days, over 100,000 likes and made the front page of Reddit, generating 60,000 upvotes, and driving a 123% increase in Filet-o-Fish sales. That’s a lot o-fish.