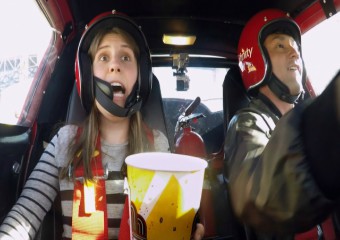 XFINITY recently surprised a couple customers who are Fast & Furious super fans by taking them on the ride of their lives, and straight “into a scene” from the latest installment of the franchise, The Fate of the Furious. Watch them as they go on a furious ride complete with the same cars from the movie, explosive stunts and the same high-speed chase as seen in the latest film between Dominic (Vin Diesel) and Letty (Michelle Rodriguez).