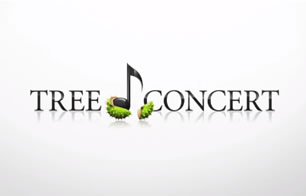 BUND & BBDO Turned a Tree into a Sharable Experience

“If a tree falls and no one hears it, does it make a sound? What if a tree makes sounds that everyone hears — would fewer trees fall?”

The city of Berlin loses 2000 trees every year and the lack of awareness around this issue was a great concern for the charity organisation BUND. The objective was to reverse the trend of the decline of the city tree population. Advertising and brand agency BBDO came up with the bright idea to make one of Berlin’s trees the star of a unique advertising campaign. A touch sensitive membrane construction was tailor made to fit the tree. The chestnut tree became a dynamic street performance; the impact of each falling chestnut produced an artistic composition of sound and light. Up to 500 visitors came to watch the tree concert every day and donations skyrocketed during the month of the concert. Those who couldn’t make it could follow the music on Facebook, Google+, Twitter or YouTube. People who donated to the BUND cause were thanked. SMS donors received a personal message from the tree. Online donors received an exclusive download track. After the concert Berlin DJ star Robot Koch produced a remix which continues to raise funds. The experiential campaign won a Gold Design Lion at Cannes International Festival of Creativity.