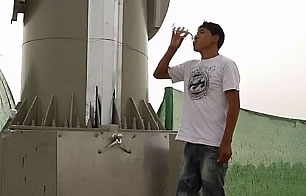 The University of Engineering and Technology in Peru believes that engineering can change the world and they used a socially conscious experiential campaign to prove this. To deal with a drop in applications in the faculty they launched an ad campaign that would not only attract applicants but also impact the community. The result was a billboard that could pull in moisture from the atmosphere and convert it into drinking water for poor communities. The billboard generated over 9000 litres of water in 3 months and applications went up by 38%. The promotion showed that people need to see how they can impact the world through a product or in this case, an engineering degree.