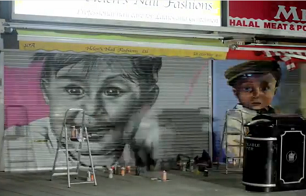 The Power of Cute

The Royal Borough of Greenwich was one area that was affected by the London riots. As one of the main hosts of the 2012 Olympics the anti-social behavior in the area had to be dealt with. The mission was to find a way to impact and change people’s behavior. To test the power of behavioral economics, a social experiment was launched by spray painting faces of cute babies on large metal sheets in the areas most vandalized. The campaign resulted in an 18% reduction of crime in the Borough and a shift in the behavior of residents. The metal sheets with the babies’ faces remain untouched today. A major PR crisis was solved by applying creativity to an age of old problem.